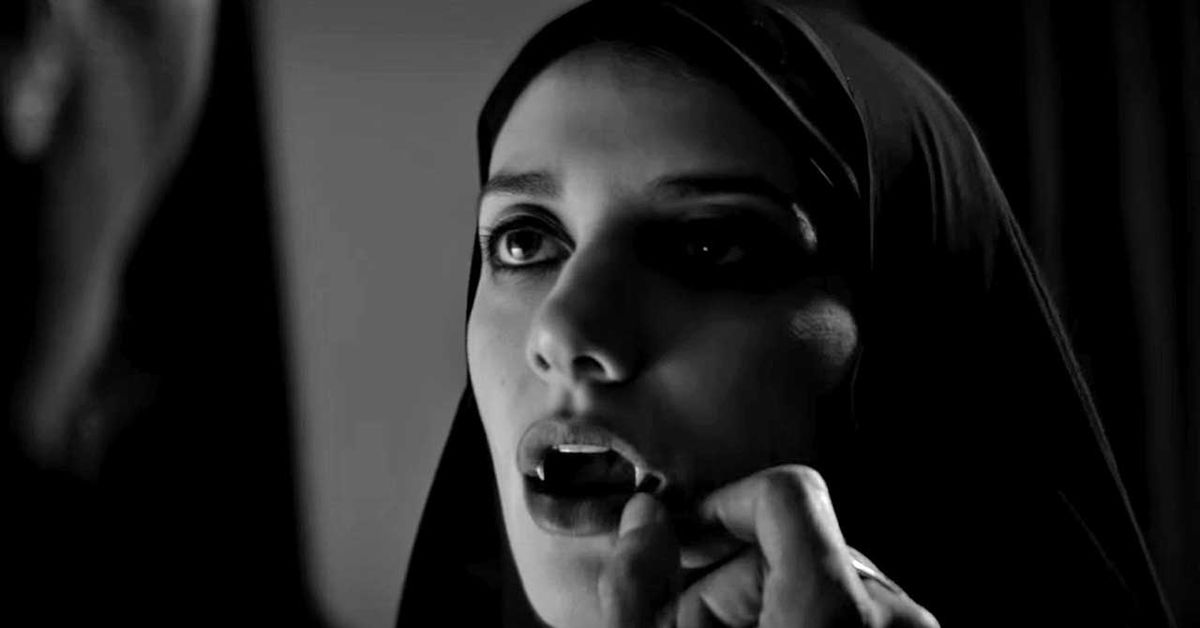 A full month of streaming recommendations, from horror movies to Halloween specials and weird videos

Last year, Polygon introduced the Halloween Countdown, offering a daily Halloween-friendly movie or TV show to stream each evening. (So if you need 31 things to watch ASAP, check out our previous month of horror recommendations.) This year we continue that tradition, with the Polygon staff once again sharing its favorite spine-tingling streamables.

Every day through the month of October, we’ll add a new recommendation to the Countdown and tell you wear you can watch it. From perennial horror classics to new-school contemporary frights, chilling television shows and Halloween specials, YouTube creepypasta series and terrifying short films, we’ve assembled a list of the very best horror that streaming has to offer. So curl up on the couch, dim the lights, and ready yourself for a terrifying and entertaining host of Halloween surprises. Check back each day for a new thing to watch.

A Japanese detective named Takabe finds himself in the middle of a seemingly unsolvable case in Kiyoshi Kurosawa’s 1997 horror masterpiece Cure. The case involves a string of unrelated victims whose bodies are found with the letter X cut from their throat to their torso. In each separate case, the murderer is found nearby with no memory of the murder, or even a hint of what could have motivated them, leaving Takabe no closer to how these are all connected. Takabe’s partner, a psychiatrist, jokes that maybe the devil made them do it. But Kurosawa’s never gives us the comfort of blaming the supernatural, and eventually we meet an enigmatic character who easily belongs in the pantheon of movie murderers right next to Hannibal Lecter.

Much like other Japanese Horror from the late 1990s, Cure is as much — if not more — of a procedural and investigation than it is a horror story. It doesn’t build its brand of horror on scary moments, but where Kurosawa’s mastery of the horror genre really comes through is in the movie’s creeping dread. His direction is still, quiet, and almost emotionless, pulling us slowly into a terrifying and grisly mystery that he makes feel almost real. Amid all this tension, Kurosawa doesn’t even offer a release valve for the ending, instead leaving us with one of the most unsettling climaxes of all time.

There may not be demons or ghosts, but there is enough haunting existential dread to make Cure stick with you like an old nightmare. —Austen Goslin

A 4K restoration of Cure is currently playing in select theaters and is available to stream on Criterion Channel.

Nobody’s going to be impressed with the technical virtuosity on display in the cheesy 1988 horror movie Waxwork, which looks a bit like it was shot on a series of leftover sets from, alternately, a series of Hammer horror films, and some old Ed Wood productions. The acting is mostly amateurish, and some of the costuming is downright hilarious. Even so, it’s worth watching just for the sheer demented imagination on display, and for some truly wild things you’re unlikely to see in any other horror movie.

When a wax museum abruptly appears in a small suburb that couldn’t possibly support a wax museum, a group of sullen college students gets drawn in, literally. The museum’s horror tableaus, with werewolves, vampires, and more human monsters, are actually pocket dimensions that suck people in to murder them and harvest their souls for nefarious purposes. That plays out as a series of micro horror stories: One is a gasping vampire bodice-ripper that feels like a hilarious re-imaging of Labyrinth, if the Goblin King was keeping prisoners in his kitchen with their legs gnawed off. Another is a surprisingly in-depth venture into kink, with one of the students falling into the hands of the Marquis de Sade, and realizing she enjoys pain and doesn’t want to escape. Keep an eye out for The Avengers’ Patrick Macnee as the inevitable explainer who lays out the actual purpose of all these mini-adventures, and stay tuned for the surprisingly explosive ending. It’s all extremely messy, but executed with passion and more subversive glee than most 1980s horror. —Tasha Robinson

Waxwork is available to stream free with ads on Tubi, or to rent at Amazon or Vudu.

iZombie is the perfect thing to put on when you aren’t sure what type of horror you’re in the mood for, but know you want to have a good time. The zom-dram-rom-com starts with the tried-and-true procedural premise of a straight-laced cop teaming up with an out-of-the-box consultant to solve murders — only in this case, the consultant is a zombie who eats the victims’ brains, thus allowing her to temporarily inherit some of their personality traits and experience flashes of their memories. But much like creator Rob Thomas’ previous cult hit Veronica Mars, the procedural elements are really a Trojan horse designed to get viewers in the door before revealing the show is actually a complex, serialized drama about trauma, oppression, and capitalism. With its off-kilter humor, high-stakes action, and perfect cast, iZombie is a kitchen-sink series with huge risks that (at least mostly) pay off. —Sadie Gennis

iZombie is available to stream on Netflix.

In 1998, Blade awoke the comic book movie from the dead. But its role in paving the way for X-Men, Spider-Man, and the Marvel Cinematic Universe makes the franchise’s horror roots easy to overlook. And, man, Guillermo del Toro’s Blade II is freaky.

After rescuing his mentor Whistler from a vampiric laboratory with strong H.R. Giger vibes, Blade turns his attention to an outbreak of the “reaper” virus. An experiment gone wrong, the mutation transforms the already-terrifying bloodsuckers into ravenous slobbering beasts. The Reapers are unstoppable, and want to kill the general vampire population, leading the underground society’s higher ups to form a truce with Blade. Together they embark on a mission that leads them to subterranean fortresses, nightclubs, and other shadowy interiors primed for superhuman acrobatic combat.

Del Toro, no stranger to horror history and the mechanics of a creature feature, wrings the Blade concept for every drip of cinematic blood. Not only does a still-holds-up CG Blade allow star Wesley Snipes to slash and hack his way though every scenario, but there’s a sustained note of dread no matter how ridiculous or big the action gets. The Reaper’s slithering mouths and Michael Myers-esque commitment to destruction are nightmare fuel, and at times during a recent rewatch, I really wondered how Blade could possibly make it out alive. It’s a movie with real stakes — and not just the ones Blade throws through vampiric hearts. —Matt Patches

Blade 2 is available to stream on HBO Max.

In a packed field, “The Puppetmaster” stands out as one of the best Halloween episodes of children’s animation of all-time. It’s a genuinely scary, moving bit of animation — and in line with the rest of Avatar: The Last Airbender, it tackles serious topics in a way that’s accessible to younger viewers too.

The episode is full of spooky tropes, and even opens with the Team Avatar telling stories around the campfire. The team is undercover, and dressed in Fire Nation attire. They meet Hama, an elderly woman living in the woods, who explains that people from a nearby Fire Nation village have been disappearing. By the end of the episode, we learn that Hama has been kidnapping these villagers by using bloodbending — a technique she developed as a Fire Nation prisoner-of-war, and one she used to escape. On top of this, Katara learns Hama is, like her, one of the sole survivors from the Southern Water Tribe.

“The Puppetmaster” is even stronger because it’s not a one-off. Bloodbending becomes a major plot point in the first season of The Legend of Korra. And Avatar consistently tackles subjects like imperialism and generational trauma — making these topics accessible to children by frequently complicating the idea of who is a “villain.” This is one of many moments, across the show, where the Team Avatar must consider what actual reparations should look like; and what it means to exact revenge on innocent people, instead. —Nicole Clark

Avatar: The Last Airbender is available to stream on Netflix, Amazon Prime Video, and Paramount Plus.

A Girl Walks Home Alone at Night is a spaghetti western vampire story set in Iran and featuring a strong arthouse vibe. The eponymous girl (Sheila Vand) is a chador-wearing skateboarding vampire, in some moments very modern, at others a throwback to old school Nosferatu-style creeps. Writer-director Ana Lily Amirpour’s signature genre-blending style is visible in every choice, from costume to staging to music. Lush despite being in black-and-white, each frame is carefully staged to suck you in and keep you engaged, despite long stretches without dialogue. There is no other horror movie like this movie. —Jenna Stoeber

A Girl Walks Home Alone at Night is available to stream on Shudder and Kanopy with a library card. 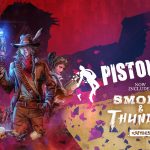 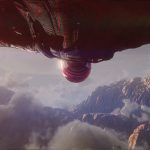 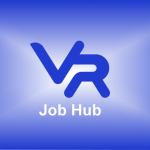 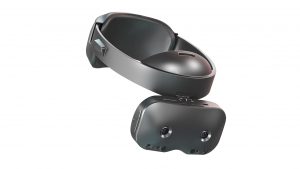 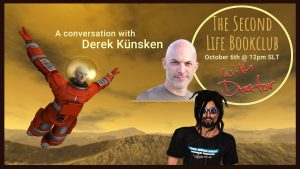