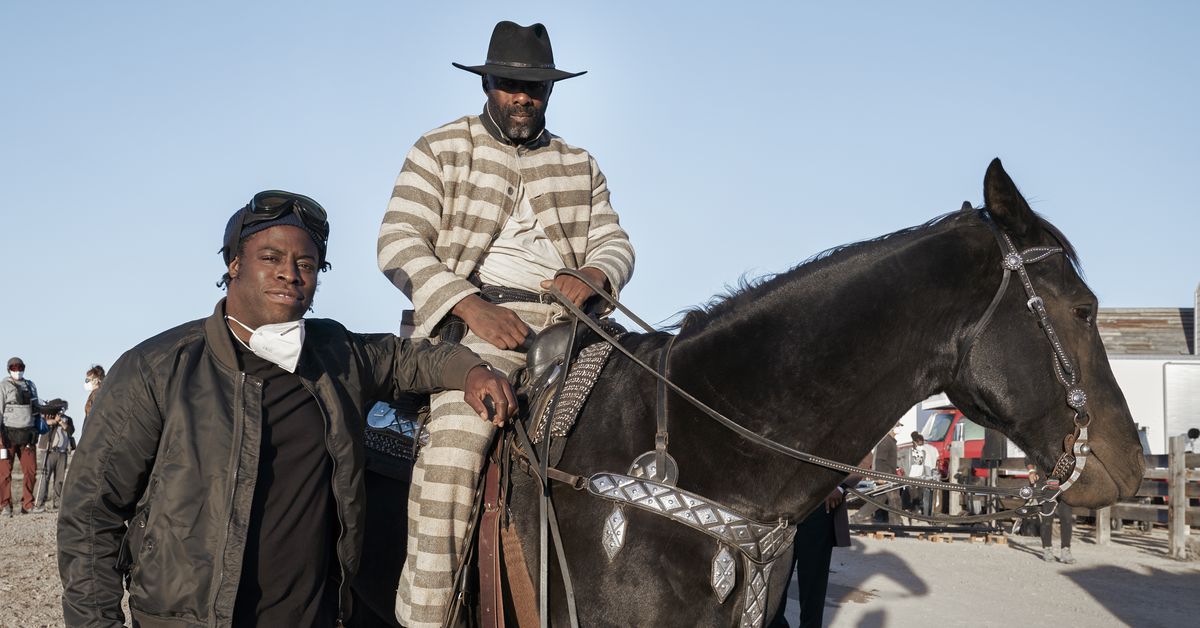 Jeymes Samuel on Westerns vs. sci-fi, turning reggae into Old West music, and miracles on the set

After two minutes of talking to writer-director Jeymes Samuel, his Netflix Western The Harder They Fall suddenly makes much more sense. Samuel, a British singer-songwriter and producer (under the name The Bullitts), talks energetically with his hands and his body, periodically bursting into little snippets of song when whatever he’s currently saying coincides with the lyrics of a favorite tune. He plays air guitar to accompany himself as he scats out the melody of a movie theme, and his face lights up with vibrant energy when he talks about his work.

Suddenly, the big energy in The Harder They Fall has a clear face. It’s an overpacked movie, stuffed with actors who’ve earned enthusiastic fandoms — Idris Elba, Jonathan Majors, Regina King, Zazie Beetz, LaKeith Stanfield, Delroy Lindo, and more. It’s similarly overstuffed with ideas and subplots, not all of which come into focus. It zaps back and forth between humor and sincerity, between flashy style and gritty emotions. Its score is particularly eclectic, jumping from Jay-Z and CeeLo Green to Seal (Samuel’s brother, incidentally) and Kid Cudi, from loping reggae to dreamy soul to hard-charging hip-hop. And all of that seems like a perfect match for Samuel’s eagerness and energy in conversation.

For Samuel, getting the music right for the film was particularly important. “I see music and I hear film, so to speak,” he tells Polygon. “In my brain, they kind of exist as the same thing. I wanted to give this film its own signature, like Ennio Morricone gave Sergio Leone his own signature. He’d take an electric guitar, which was a fairly new instrument in the 1960s, and give you [vocalizes the theme from Leone’s The Good, the Bad and the Ugly]. Or Elmer Bernstein would take a big orchestra and give us [vocalizes the main theme from The Magnificent Seven].”

Samuel laughs as he runs through these iconic Western tunes, using “ding de ding” noises to hit the notes, and breathing out the “ha! ha!” exhalations of Morricone’s production. “That was the orchestral West,” he says, grinning. “The Big Country! The Searchers! True Grit! I was searching around and exploring all these sounds, sitting with my guitar and the footage for ages. And then I realized the secret lies in dub, in old-school reggae. It’s super-cowboy! It’s super-Western!”

Maybe no one currently associates reggae with cowboys and the American West, but Samuel points out that there was no reason for people to associate orchestras with the era either, until the heyday of spaghetti Westerns and Hollywood Westerns in the 1950. “None of that was originally cowboy music!” he says. “None of it was actual music from the Old West! That’s just how we came to think of it, because that was the music of the day in Hollywood. So I took that old-school reggae that we listened to growing up, and used it as the foundation of the score, to give the film its own Afrocentric Western voice. That choice was really important.”

The art Samuel experienced growing up heavily influenced The Harder They Fall in other ways as well, including the desire to make a Western in the first place. He says as he was growing up, Westerns were “constantly on television,” and he associates them strongly with the warmth of curling up against his parents and watching movies together. He felt a kinship to Westerns, he says, more than he did with other favorite genres.

“I love all cinema, I love all genres of film,” he says. “It’s just that Westerns seemed real to me. You know, Star Wars and sci-fi are every kid’s dream, but you know you have no friends that look like Chewbacca. I can relate to a horse. I didn’t have an android that could squawk like C-3PO, but I could relate to a gunslinger.”

He doesn’t mean that too literally, he says — “It’s not that people around me were wearing cowboy hats and spurs.” But the settings and situations in Westerns seemed more visceral than the things he saw in fantasy-oriented movies. “People in Westerns just seem real. It seemed like a real world. Everything going on with sci-fi is more like a dream. You could watch it and really enjoy it, but I couldn’t relate to Yoda the way I could relate to Gary Cooper or Gregory Peck.”

Like They Harder They Fall, Samuel’s first filmed project, They Die By Dawn, is also a star-packed Black Western that draws from real-life Black figures in the American West. The 51-minute short, starring The Wire’s Michael K. Williams alongside Bokeem Woodbine, Erykah Badu, Isaiah Washington, and Rosario Dawson, came out in conjunction with his Bullitts album They Die By Dawn and Other Short Stories. Both projects came from Samuel’s need to reshape a genre he loved in a way that acknowledged truths about the Old West that Hollywood movies had ignored.

“There were definitely things I had to update,” Samuel says. “The scope through which they allowed us to look through to tell the stories was just too narrow. All of the women were subservient. Even if you take a Western like Johnny Guitar, starring Joan Crawford, the dopest actor of all time — one of the most powerful actors we’ve ever seen on screen, her and Bette Davis — they’ll still be the love interest, in subservience to one storyline or another.”

And classic Westerns similarly ignored that a quarter of real-life cowboys were Black, and that the West held as much appeal as a place for freedom and re-invention for people of color as it did for the white people who dominate Hollywood Westerns. “The people of color in Westerns were always really stereotypical, and almost less than human,” Samuel says. “An Asian person will always be doing the laundry, Mexicans will be wearing white and running around like Speedy Gonzales, who was a cartoon take on how Hollywood viewed Mexicans in the Old West. And Black people were always slaves or something like that. So I really had to update that narrative.”

He says his entire motive for making The Harder They Fall was to show that independent women and non-white people were common in the West. “And they were absolute gangsters!” he exults. “The real-life Cherokee Bill, the character played by LaKeith Stanfield, when he was going to his execution, they said ‘Any last words?’ He said, ‘I came here to die, not make a speech.’ These people were Gs! [Hoots] And we’ve never seen them onscreen!”

Apart from escaping the whitewashing of classic Westerns, though, Samuel wanted to keep the familiar tropes he found thrilling in the genre. “There are certain tropes you have to hold onto,” he says. “Bank robberies! Train robberies! Jailbreaks! The quick-draw! I wanted to show all that stuff, but make a really serious, soulful tale. And in the words of Greg Nice, [Sings] ‘this is how you take the old to the new.’”

Samuel says many of the characters in The Harder They Fall were written with specific actors in mind, and that he generally “was lucky” in getting the specific people he wanted. But even though he’d visualized them onscreen, “even if it’s just for inspiration, to channel a role through,” they still surprised him repeatedly during shooting.

“It’s the craziest thing. It was almost like magic on set, every single day,” he says. “Everyone surprised me, because everyone did things I didn’t see them doing. I didn’t know Jonathan Majors could ride for leather. This guy does a full gallop with no hands, shooting his enemies, bam, bam, bam, bam! We had to keep up with him with the camera. I didn’t even know he could ride a horse when I cast him [as real-life cowboy Nat Love]. I asked Jonathan, ‘When did you learn to ride a horse?” He said, ‘I can’t ride a horse… but Nat Love can.’

“And RJ Cyler, with the guns and his gunplay, took everyone by surprise. Regina King has a scene where [her character] Trudy Smith is talking to [Zazie Beetz’ character] Stagecoach Mary, and Trudy is peeling this apple with a knife. Regina peeled it in that monologue without letting the skin break, just making a peel that curled out until it reached the ground. I said ‘Where did you learn to do that?’ She just looks at me like [gruff Regina King impression] ‘That’s what I do.’ Everyone was awesome. It was like everyone knew this was a magical thing we were doing, and everyone just came with magic.” 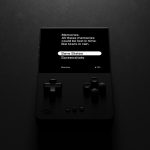 AnalogueOS bring save states, screenshots and more to Pocket 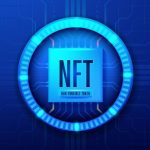 NFT: what they are, why they were born, and what are the advantages 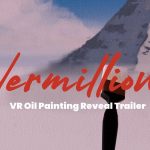 Have you ever wanted to paint without messing home? Vermillion is the VR choice

Previous post A journey into the world of memory and lack: the Second AfterLife Cemetery 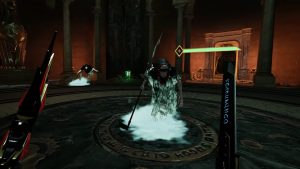 Next post Watch 7 Minutes of ‘Warhammer: Tempestfall’ Gameplay Ahead of PC VR Launch Next Week