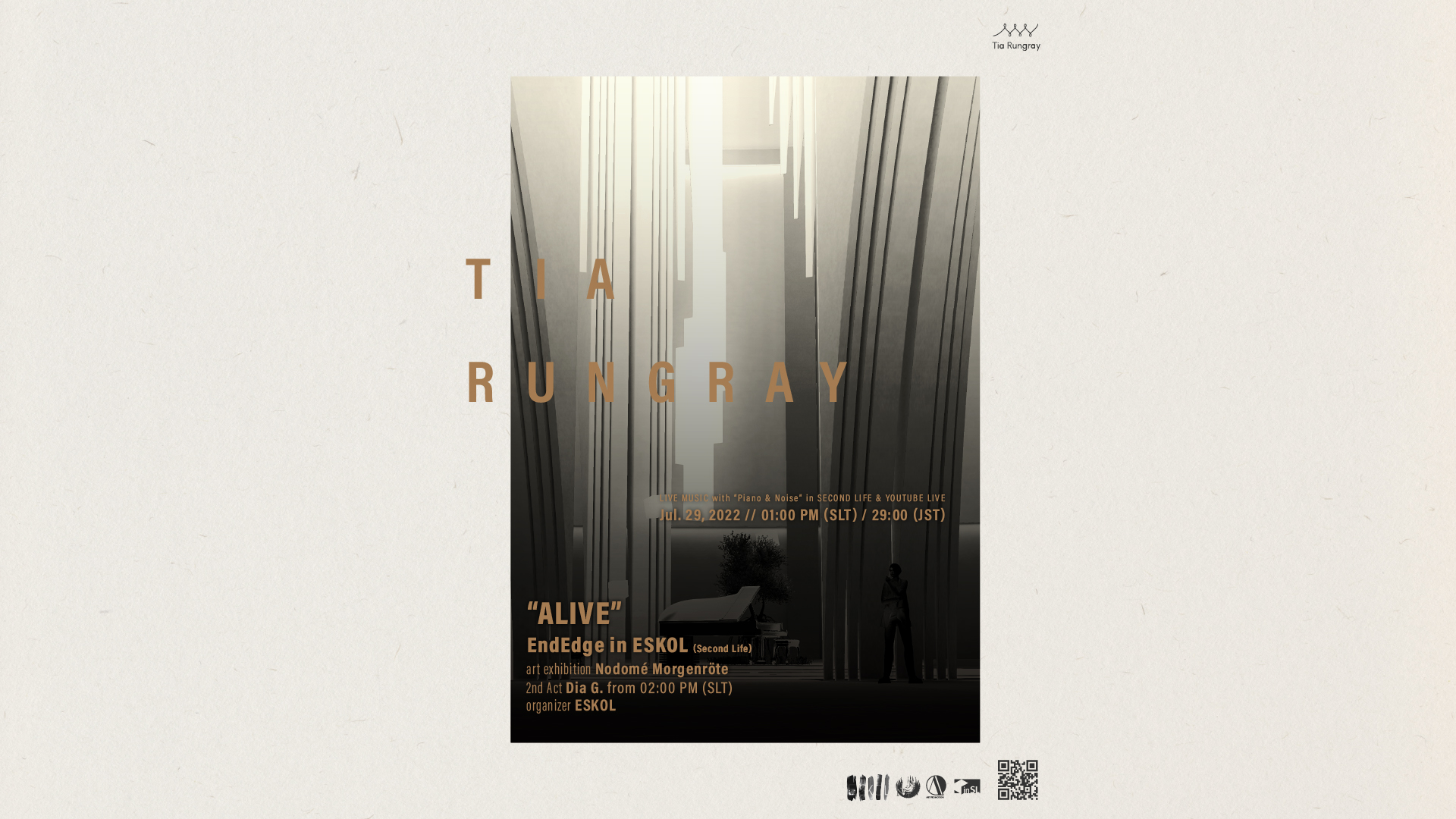 Tia Rungray returns to the EndEdge stage in ESKOL, an ongoing experimental music and art community in Second Life.

An exhibition of abstract art by Nodomé Morgenröte will also take place at the same venue.

Welcome for the beauty of thinking in sounds and art!

The person behind the avatar of Dia G (legacy name: Diamanda Gustafson) has studied music since 1978. 20 years later she would earn a Performance Diploma in piano and wildly make out with her new and faithful lover: Early Music.

A self-proclaimed magpie medievalist and instrument hoarder, Dia enjoys exploring the repertory of Western Europe between the 11th and 17th century (with forays to other musical realms as needed!), as well as performing it both in a historically informed way via the use of replicas of period instruments, as well as a more fusion-like manner via the use of a looping pedal, guitar effects, and the inclusion of more modern instruments as well as almost-instruments, creating what I lovingly call “medieval shoegaze”

(because things do not happen in a vacuum, Dia is also a part-time elder goth as well as a recovering metalhead with her own RL entry in Encyclopaedia Metallum due to her collaborations as a keyboardist)

In this performance we’ll explore songs, drones, ostinati and improvisational soundscapes looped, effected and played on the medieval citole, turkish cura saz, hurdy gurdy, algerian mandole, tongue drum, frame drum, bells, jingles, a toy glockenspiel and perhaps some other random stuff found around my house. There is very little preparation work involved other than tuning and checking sound levels. The chair creaking is part of the overall experience.

Although I am unable to type during the performance (because that third arm just refuses to grow), I read main chat as I perform, and any questions asked may be answered through the stream.

“NodosArt”, a creative art and design label has been established by Nodome Morgenröte after a long dark phase in her personal artistic development.

She worked for a number of years as a product photographer and designed everything from print media to digital media to create a complete corporate identity.

The downside to this intensive learning stage was that she lost the freedom of her own art because of a diligent commitment to her design job.

In 2019 she has found her path back to the roots of her real emotional and free art and will go on evolving through digital paintings, photos, and will perhaps develop her expression with charcoal, ink, aquarell/watercolor and other expressive mediums as the inspiration or requests take her!

Nodomé Morgenröte started her art experience as a teenager when she wrote a small blog. Because she could never find the right pictures to embody her writing and lyrics. So she grasped a small camera and started to shoot her own images.

Since then she has been unstoppable.

Nodomé styled her own magazine layout and content adding to her media and business knowledge while working as an intern with some wonderful photographers, designers and webdesigners. So she has taken many more and different steps including drawing courses and has even won some, as yet, minor art prizes.

But the best tutor is life, she says.

With the professional knowledge of a designer and the wildly crazy mind of an artist she will choose the right tool for an breathtaking, individual and original painting, exclusive to your floor!

So if you have a naked wall and want to smile every day, grab an apple in front of her store, 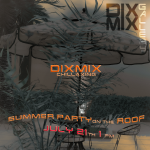 Chillaxing with Dixmix on the roof! 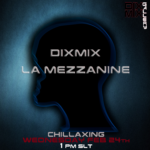 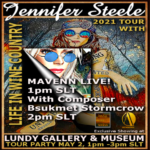 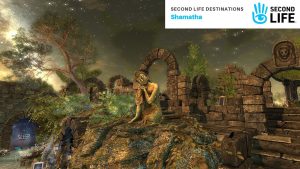 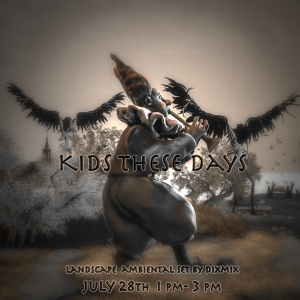 Next post Dixmix @”Kids These Days” by Lex Machine