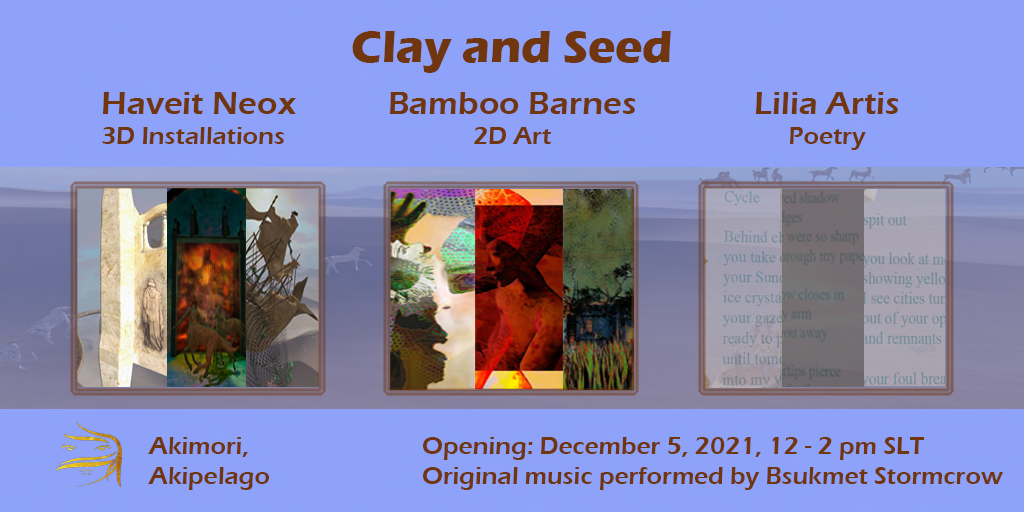 Art installation in the Gobi Oasis of Akimori

A collaboration of art, utilizing 3D, 2D, and Text. For the Clay and Seed exhibit, Bamboo Barnes chose to focus on 2D artwork, Lilia Artis on poetry, and Haveit Neox on sculpture and architecture. The goal was to have these disciplines unite into a single work, which in this case of three like-minded artists, occurred organically.

Haveit’s galleries provide the supporting walls for Bamboo’s imagery, while Lilia’s poetry garnishes the windows of these clay buildings and thus closes the circle. During the process, each artist’s work contained a seed of inspiration for the other two. Being admirers of each other’s works for many years, it seems destiny smiled on these three with the opportunity to share their visions together and in an art region that inspired their creativity.

Describing the erosion of the environment and human relationships, the work of all three artists explores the fields of destruction, growth, abuse, hope, gratefulness, and loneliness.

“I feel that I grew up in a garden. Nearly always a barefoot kid with stained feet from the earth, I constructed primitive cities with yard debris, mud, and twigs. Colorful paint and cutout pictures from magazines enriched the surfaces. Later I fashioned cities of fired clay and glazes. Interior and exterior spaces fascinated me as I observed bugs take up residence. I also drew cities on paper and long scrolls. The cities advanced from their mud origins to painted scrolls, and ceramics.

In Real Life, I have displayed my artworks mainly in Los Angeles, New York, and a couple shows in Paris. The theme is often based on urban settings of my own invention. In Dec. 2009, I was led to the virtual world of Second Life. As a child, a strong and recurrent fantasy was miniature people populating my cities. Avatars fulfill that dream. The spaces I make in SL receive real people in their pixel guise. In the context of the city, the interior and exterior spaces hold my artwork, and are themselves a habitable exhibit.” – Haveit Neox

“I began making images in Second life in 2011 with avatar screenshots. Seeing 3D installation works in SL in 2013 changed my art-making path completely, as I fell in love with them. Since then, I am on my way. After 10 years I am still making images in the metaverse of SL as an artist, I am learning and developing everyday:

The artworks in this exhibit are about my emotions which aren’t clear to see. I hope that you will see something in them for you. Life goes on.” – Bamboo Barnes

Hans Goosson for your constant support.

“My RL artwork stepped into the background when I discovered the love of writing, which has become my main career. Coming into SL however, rekindled the passion for the paths of colors, light, pattern and structure. And so, I merge both interests into my virtual art, be it 2D, 3D or machinima. During my creative voyage all these years I noticed how much my virtual art inspired the exploration of my RL artwork and vice versa, often one leading to the other. In the beginning I was neck deep into painting with acrylics and water colors and drawing. When I later learned to weld metal and to sculpt stone and wood, I discovered my love of creating 3D objects. At first it only led to learning the goldsmith craft and creating my own jewelry. But I was hooked and seeing what you can do with prims in SL felt like such a similar process, minus the damaged fingers. I will never forget the joy of building my first simple virtual installations made of prims. Again several years later, learning to sculpt with 3D software led to learning to sculpt with clay in RL, something I would never have considered otherwise. But I wanted to create faces, something that fascinates me most. I struggled with software and thought it might be easier to sculpt in clay, faces which naturally emerged in my mind without the need of any other reference. In a way it feels like creating a character for a story?

Eventually I will continue that kind of work with 3D software.

I have done solo and collaborative exhibitions in galleries and at events in Second Life. Working in a team I find most inspiring. For a while my main focus concerning artwork was on machinima. I teamed up with Haveit Neox and we expanded to RL art projects as well, which we will continue into the future. Since 2015 in SL I focused on building together with Haveit Neox the Arts & Entertainment region for Fantasy Faire.” – Lilia Artis

Bsukmet begins his musical journey at the age of 6, attending piano and musical language classes at an academy with exams through the Toledo Conservatory. Since he was little, he has traveled to various locations giving piano concerts with a classical repertoire.

In 2006 he joined the Madrid gothic pop rock band Evil Thoughts, taking on the role of keyboardist and lead songwriter. Together with them he writes 2 albums, the second of which is composed entirely by him.

In 2010 he entered the virtual world of Second Life, where he began his career as a DJ, focusing on artistic events, such as the SL anniversary party, and other projects with diffusion in the real world such as the Nice Carnival.

In 2019 he abandons his role as a DJ to start showing his own creations in Second Life. Since then he has released 2 solo albums: “Zero” and “Third Demise”.

He is currently working on his third album “Shattered, Almost Detached” and collaborating on other projects such as soundtracks for video games and the Mind Binomy group with MorlitaM (Olga Martínez).

Bsukmet mainly uses electronic and orchestral resources, but his style is eclectic, and his method consists in using exclusively free resources available to everyone and avoiding the use of sounds created by other composers. 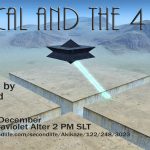 The Incal and the 4 Mazes Grand Opening Event 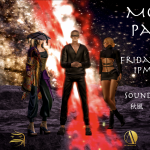 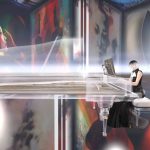 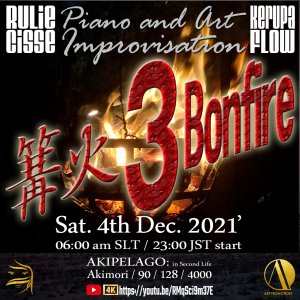 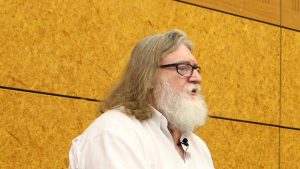 One thought on “CLAY AND SEED – Grand Opening”