Several Second Life users have taken an interest in Cyberpunk 2077. Let’s try to understand what they like most about this game and if it is worth $ 60.

This fascinating game was released on December 10th and, unfortunately, already has several bugs. The fact that the game isn’t perfect doesn’t stop players from getting hooked on the fantastic graphics of this Gameplay and the photo mode implemented within the game.
Unfortunately, although it took eight years to get Cyberpunk 2077 released, the game is full of bugs. In particular, the bugs are present in the version for Playstation and Xbox.
However, there are also bugs in the PC version. One of the funniest bugs that have been discovered by a player is the one related to an alleged stalker. It appears that one of the NPCs turns into a stalker under certain conditions. In particular, it regularly follows V (who is your character), and it doesn’t seem to be possible to get rid of its presence.

One of the most exciting aspects of Cyberpunk 2077 is the non-linearity of the character. In fact, unlike other games, there are several ways to complete a mission that differ concerning the characteristics of the character we created.
Another of the strengths of Cyberpunk 2077 that seems to interest Second Life users is the photography mode. In this mode, it is possible to interrupt the game and create a real photographic scene in which we can customize almost everything: the position of our Avatar, the clothes it wears, but also parameters such as exposure, contrast, lights, and much more. Inside the game, some filters can be applied to the photograph and several stickers that can help us create a fascinating photo shot.

In this video, I would like to show you some of the beautiful photos taken by Second Life users who started playing Cyberpunk 2077. Some of these lovely images have been posted on Flickr, and I want to share them with you.

Unfortunately, the bugs are numerous. However, it is also true that the first patch has already been released. I guess I’ll be waiting to buy it as there are still so many bugs and glitches.

In any case, it is undeniable that the graphics are fascinating, and the photo mode, which allows you to customize the shot in every aspect, is undoubtedly one of the features of the game that is fascinating to Second Life users. Especially those who are passionate about photography. 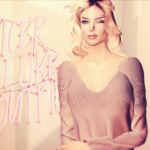 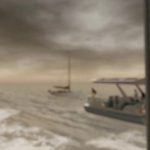 In this week's #SecondLife destinations video, we are visiting Sommergewitter, a rustic German-language island that evok… 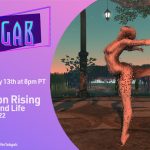 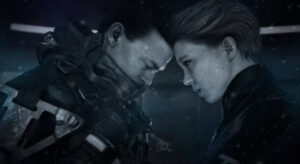 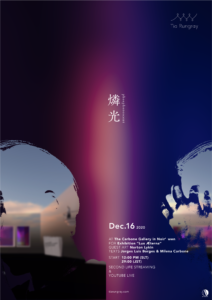 Next post Official opening of the exhibition Lux Aeterna