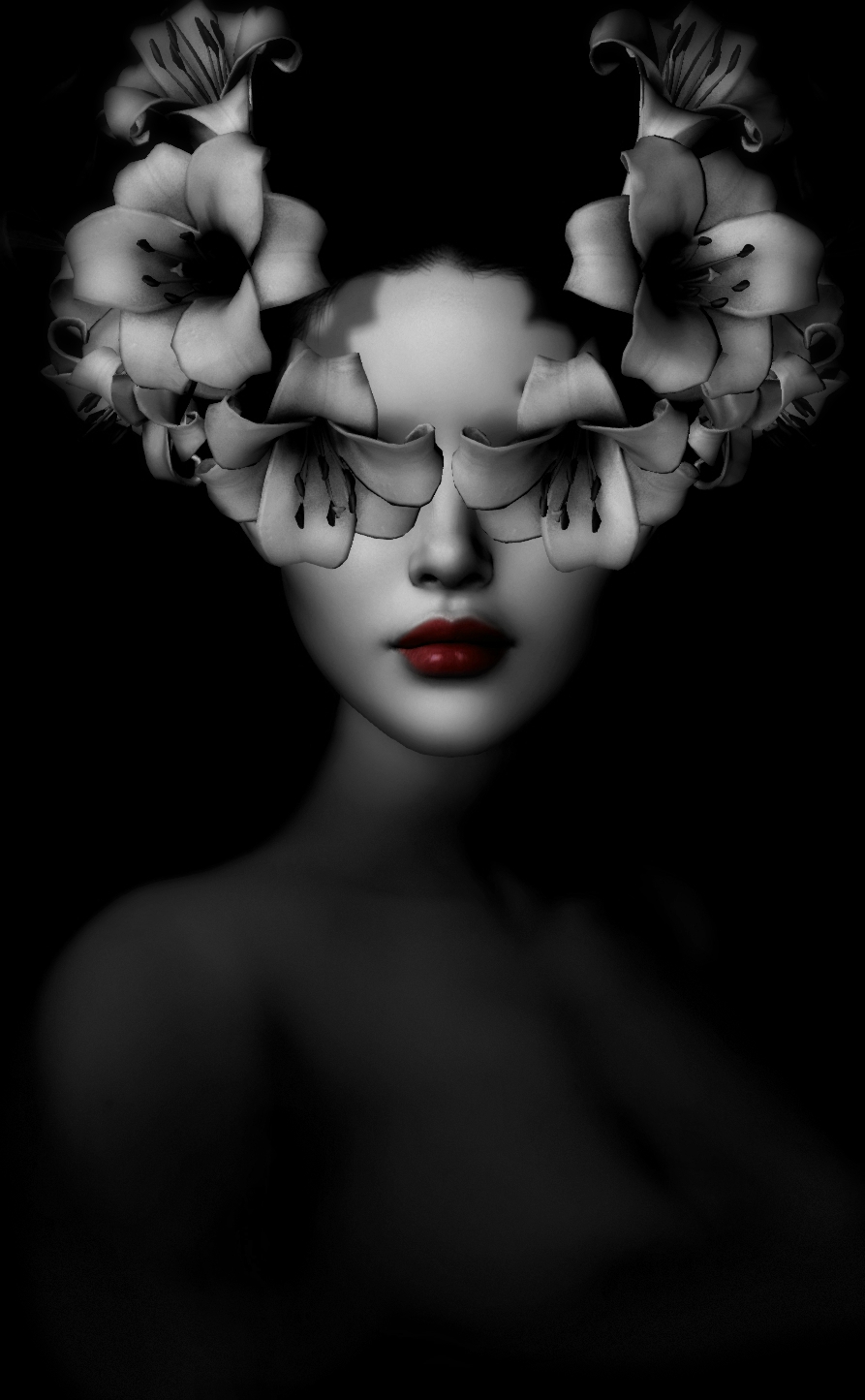 I strongly believe that any kind of creative work brings out a little piece of the soul of the creator and therefore Second Life photography can be a genuine act of artistic expression.

I have known and followed Angelika Corral for years. I appreciated her years ago for her refinement and organizational skills with DaphneArts (one of the most interesting artistic projects ever made in Second Life, in my opinion).

Oema: How long is your passion for Second Life photography, and how has it started?

Angelika Corral: I first created my Second Life account back in 2010, when I began my postgraduate studies on “Gender and New Educational and Working Environments in the Information Society” at Aegean University of Greece. As it was a, partially, long-distance course, students and teachers could meet at the Second Life virtual campus to attend classes and chat.
I was amazed by this new (for me) virtual space called “Second Life” and by its potential. Soon, I began conducting small qualitative studies and research, mostly observing in-world behaviors and taking interviews with residents. Second Life was the perfect field to study gender matters, so I worked on a study about the avatar as a representation of the self in a virtual space and later on I researched Second Life as a solution for the work-family conflict. Lastly, my thesis was 3-year ethnographic research in the virtual space of Second Life. I examined the ways people utilize the virtual world in terms of “employment”, observed which kind of “jobs” was practiced most frequently, the ways people seek “employment” in Second Life, how they eventually find a “job”, and the peculiarities of “professions” that are exercised in Second Life. I tried to figure out why people choose to work there. I dealt with the issue of knowledge and skills in relation to the forms of Second Life “employment”. In my study, there were references to the phenomenon of confusion between fun and work. Also, one of the main reflections of this study was the issue of prejudices and stereotypes concerning the gender of the avatars and I compared them with the real-life equivalent perceptions of their creators. I studied the phenomenon of inworld “gender-swapping” and its connection to Second Life “employment”. I attempted to look for similarities and differences in the real world, regarding stereotypes and gender biases in the field of “employment”. A challenging question was addressed; whether virtual worlds – because of the anonymity they provide to the users – are really liberating for the individuals, as, at times, it has been announced in the scientific community.
Second Life photography began during this period of my virtual existence, as a student and a researcher. I needed visual material to support my findings and I think, by snapping photos, I could observe and reflect better upon the virtual world that was under study. I started posting these photos in my SL feed, and one day, a stranger said: “Hey Angelika, your photos in your Second Life feed are really nice, why don’t you create a Flickr account and post them there. Everyone in Second Life is posting photos in Flickr”. So, in 2013, I created my Flickr account and I guess, this is how “photography” in Second Life started for me. Since then, although I took some breaks, I have always snapped photos and I have been uploading them on my Flickr photo stream. I also presented my photos in a few in-world exhibitions.

Oema: What do you want to communicate with the black and white photography?

Angelika Corral: I’m mostly a portraitist and generally my photos are anthropocentric. Often, I do face close-ups with dramatic contrast and try to bring the viewer very close to the subject. By doing this and with the lack of color, I hope to show some emotions and I wish to raise the issue of the duality of humankind; bad-good, right-wrong, sad-happy, pleasure-pain, light-dark, angelic-evil, and so on. I realize that there are many voices out there, which support the view that Second Life avatars are fake, not real, unnatural, etc, so in this discussion, there is a permanent question that arises; how can a photo of an avatar show emotions? But for me, this is a beautiful challenge: can I make a – not real – avatar to show some emotions; can I play with lights and shadows to create the illusion of reality? Can I portray my emotions, my fears, and my thoughts, by doing so? I strongly believe that any kind of creative work brings out a little piece of the soul of the creator and therefore Second Life photography can be a genuine act of artistic expression.

Oema: Do you find inspiration from other photographers? If yes, which ones?

Angelika Corral: Of course, I do. I mostly find inspiration from real-life photographers, studying the light and shadows, the mood, the way they crop the works, and the way the human models pose for them. I concentrate a lot on the eyes and how they focus in a photo. I also use the real-life photos as references for my Second Life photo styles, hair, (which I often draw over the Second Life hairs), the make-up, and the pose, which I often create myself.

Angelika Corral: I always have a posing stand rezzed at my Second Life photo studio in the sky, I usually keep it black and then I rez a light source, and most of the time, that’s it. Sometimes, if a sim, if I happen to visit a region, feels pleasant, I get inspired and I may try a photo. Music can be an inspiration for my photos.
Lately, I have attempted some digital drawings on layers over the avatar photos and the result satisfies me. I don’t know if the viewers prefer this technique but I find it very artistic and creative and it has been a lot of fun creating works like this. I guess I like working with mixed mediums because I have always taken pleasure in drawing, so I discovered a way to make good use of my drawing skills.

Oema: What do you think about the photography in Second Life? Just a way to promote items or something more?

Angelika Corral: I think there is a little bit of everything in Second Life. Anyway, this was the idea when Philip Rosedale created Second Life back in 2003; residents create their own avatars and have the freedom and the ability to be anyone they want and create their own virtual content.
This is happening with photography also. It is widely known that Second Life has a virtual economy that is dependent upon actual money. Therefore, there is a large group of Second Life photographers who promote products created by residents.
But still, there are a group of people who create artistic photos in Second Life. There is a community of residents who are genuinely interested in art. There are galleries, 3D art installations, museums, and many more things in Second Life for art lovers. My opinion is that Second Life is a great tool for people to use in many different ways.

Oema: You realized important gallery projects in the past. Do you also have it now?

Angelika Corral: Yes, I am proud to have been one of the creators of DaphneArts, which was founded in 2016 by Sheldon Bergman and me. Our group worked very hard, creating galleries at first where we hosted many collaborative and solo exhibitions. Later on, DaphneArts got involved with the creation of innovative interactive 3D art installations, as the founders strongly believed that artistic expression in a virtual 3D world should utilize its entire multimedia potential. The last multimedia installations, “Annabelle Lee” and “No Man Is An Island” were created in 2019. After that, DaphneArts closed its doors, basically because of the lack of financial resources. 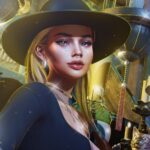 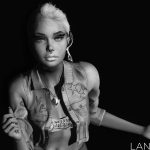 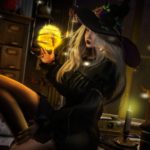 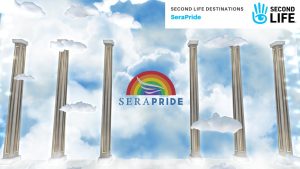 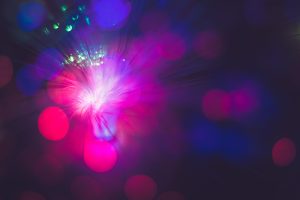 Next post Free Or Paid: What's The Right Way To Handle A Creator Economy?