Harbor is strong stimulated by the colors.

The way in which she constantly shifts colors, how she closes or opens the room with colors, gives colors to move slowly or quickly, forms that she creates with them and occupies them differently and touches us deeply on an emotional level.

Under her shapes she uses the colors that flow in waves, sometimes static, but always leave the feeling of a gentle movement.

Little segments of her life, that she shared with me show me strong influence and deep bound in art, like when she describes her first visit to the Museum of Modern Art, she came across Rousseau’s “The Sleeping Gypsy” and the effect of seeing it brought her to tears.

She knew the painting and often admired it in books, but standing in front of the piece simply blew her away.

Harbor, a wonderful woman who has always longed to be an artist but always worried too much about perfection, has found the safe place in Second Life to explore and accomplish her creativity.

She first logged into Second Life on December 26, 2008, and was impressed by an environment where creativity was paramount.

As an artist who never risked failure, she learned how to use photography tools and made photography and post-production to the perfect creative fit for her creative process.

For Harbor, it’s mostly about realizing the need to create something and to give her self the permission and time to indulge in it.

She creates her pictures as a reflection of an idea or an emotion that seeps into her, and she hopes that it will reach the viewer and that he will give the piece its own meaning.

Harbor is strongly emotional connected to art, always with the wish to get closer to her subjects and to personalize it.

I found Harbor’s photography always as strong and impressive, she inspires many virtual art lovers, and I think art lovers are looking forward to admiring of new works by Harbor Galaxy in the future.

Your life without art would be
Harbor: … Unimaginable, it has always been there in my life in some form or another. My mother had a deep interest in the arts and through her, I was exposed to it at an early age, not necessarily in a formal sense but certainly through a kind of osmosis; the result is I haven’t always been creating “art” but I’ve always tried to have some sort of connection to it.

Where do you get your inspiration from?

Harbor: My inspirations come from a variety of sources. It can be a painter whose style I’m trying to emulate, the way the light is playing in a particular environment, some line from a poem or a saying that just seems to hit the spot. I swear to God most of the time the whole process is something of a mystery to me.

What is your work about?
Harbor: Ultimately, I think my work reflects a kind of solitude and I hope an exploration of our interior spaces.

How is the artistic process like there? Do you see an object / person / landscape first and then the idea comes up? Or is it upside down?

Harbor: First let me say I really admire artists who have a specific point of view and clear message. I’m a bit more muddled. Very rarely do I begin with a concrete idea in mind. My little pictures just kind of organically evolve; it might be an object or persona or landscape, it could be the shape of the avatar in a particular pose (I use that one a lot) or a pair of lovely sculptural wings and of course I use post-processing which frequently defines the work. It can be all pretty random. My latest show at DixMix Gallery was based on an little piece I had been playing around with that simply evolved.

Currently, the best place for you in SL?
Harbor: My platform. I like the simplicity of the environment and the control I have over the lighting and objects that my avatars interact with; however having said that I do enjoy visiting sites that have a darker theme or quality to them.

A question that moves you right now …
Harbor: Variety. How to continue to make pictures that are interesting without repeating myself over and over again. I find this to be so challenging, and I certainly haven’t accomplished it yet.

Is there a work of art in your life that particularly impressed you?

Harbor: I grew up in a town that really didn’t have any art per se, so my exposure to art was primarily through books, of which my mother had tons. As an adult I moved to the east coast of the US, an hour train ride out of NYC, and during my first visit to the Museum of Modern Art I came across Rousseau’s “The Sleeping Gypsy” and the impact of seeing that piece reduced me to tears. It was such an interesting experience… I knew the painting, I had admired the painting many times in books, but standing in front of the piece simply blew me away. It still effects me today when I tell the story.

What is art for you – now completely independent of the usual definitions?

Harbor: Art, for me, is a work that produces an emotional response and while I can appreciate the technical skill used to create a piece, it does need to move me in some way, to connect me to our human experience.

Was there a key experience or has the artist profession always been your dearest wish?

Harbor: I had always longed to be an artist but never had enough confidence in myself. I was always too worried about perfection so never risked failure in the pursuit of the skills that an artist needs. That has been the beauty of SL for me. It was a safe place to explore my creativity. When I joined twelve years ago, SL was an environment that had an emphasis on creativity. You as an individual could create whatever environment you chose. I tried building at first which was fun but lord my builds were prim heavy, so I gradually drifted to photography. Photography and post-processing seem to be a good creative fit for me, it allows me to pretend that I’m a painter.

Harbor: I’m past the age where ambition plays a big role in my life so the drivers of my youth, recognition or money have ceased to be very important. Now it’s mostly about recognizing the need when it arises to create something and giving myself permission and the time to indulge in it.

Do you feel understood with your art?

Harbor: This is such an interesting question. I often find that the pieces that I personally love are not necessarily the ones that seem to be the most popular (and I’m not so sure that “popular” is a good metric). So does that mean no? Hmm, I’m not really sure if it matters. I create my little pictures as a reflection of some idea or emotion that is percolating within me and the hope is that it resonates with the viewer, but ultimately the viewer lays their own meaning onto the piece.

Do you think that you can make a difference with your art?
Harbor: I don’t think so, at least not in a big way. I would hope that my work might encourage others to try their hand at exploring their own creativity. You know…a kind of “If I can do it so can you!” example.

Do you think that everyone is an artist?
Harbor: I think everyone can be creative and find a way to express themselves. I’m not sure that everyone can be an “artist” per se nor do I think that being considered an artist is necessarily important, but I do think that having a creative outlet is important for everyone. Unfortunately we often focus only on the finished product and forget that the process, while often frustrating, can in itself be rewarding. The sheer satisfaction in seeing something you have envisioned come into being is like no other.

Do you have any role models? If yes, which?
Harbor: Hmm mm in Second Life there are so many talented people that it is a bit of mind-boggling. People who take their art in and out of SL or who have expanded the forms of art they are working with. I hesitate to mention any names for fear of leaving out the myriad number of talented people that have informed what I do, but I will mention here as I have in other places how much the work of CaCat Ragu and Meilo Minotaur have influenced me. They tend to create archetypal characters that I find inspiring and that really resonate with me.

What does the term art mean to you?
Harbor: Emotional connection.

Are there any topics that you are particularly interested in implementing?
Harbor: I’ve been thinking about playing around a bit more in the style of my show “Figure and Form”. I really liked the intensity of color in those pieces and using the figures’ shape to inform the meaning of the piece. We’ll see where it goes.

What is your strength?

Harbor: I think I have a strong sense of color and light and a decent eye for composition. I also think I’m open to playing around with different styles and techniques although like most of us I frequently fall back on those tools that I’m most comfortable with.

What was the best advice you have ever received in SL?

Harbor: When I first started playing around with photography in SL… I focused primarily on SL builds and environments, occasionally throwing in an avatar but Amona Savira advised me to come in closer to my subjects, to make it more personal. She was right, and I continue to miss her examples and advice.

Your next projects, exhibitions. Where your art can be seen?

I have an exhibit “Figure and Form” at DixMix Gallery until March 19th and I also have “Alter Ego” at the Ribong Gallery. I’ve been reducing the amount of my of shows. It sometimes feels like a kind of forced creativity that gives me hives (just joking).

“Harbor Galaxy is the pixel dolly of a “mature” lady living in the desert, using Second Life as a means to explore her creative urges. In my work, I attempt to merge photography and digital painting; taking pictures using screenshots and then editing and manipulating the images in GIMP; frequently using distortion and color to invoke an emotional response from the viewer.” 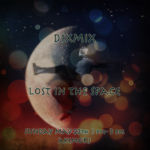 “LOST IN THE SPACE II” WITH DIXMIX AT AKIMORI 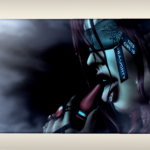 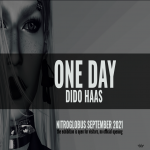 ONE DAY by Dido Haas – the September 2021 exhibition at Nitroglobus 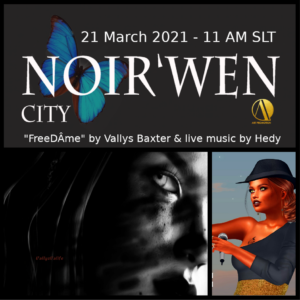 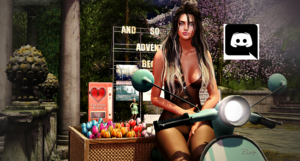 6 thoughts on “Interview with Harbor Galaxy”